My wanderlust came back to me after few months settled in Porto Alegre, Brazil. Day dreaming and checking random flights destinations on Skyscanner were not enough anymore. I knew it was time to pack my backpack and go away for a while. So when a friend asked me to join her in a congress in Uruguay for a week, it did not take much convincing for me to accept. I quickly realised that Buenos Aires would be just a few hours of boat away and decided to go on a solo weekend after the congress.

I started my journey taking a bus from Montevideo to Colonia and then embarked into a boat direction Buenos Aires. I arrived there at night and discovered that the exchange offices had closed already. So here I was, in Buenos Aires with no more than the few Argentinian pesos a friend had given me and a Brazilian debit card which did not allow me to cash out abroad. Not the best of start for sure but the excitement of being in a new country was stronger so I just decided to walk to my hostel instead of taking a taxi. 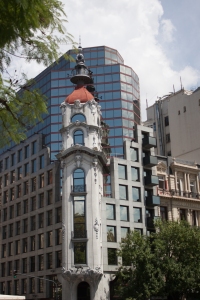 The short version of the story is that my hostel turned out to be much further away than I thought but I managed to take the bus thanks to the kindness of a group of Argentinian girls who paid for my ticket. From what I experienced during my weekend, the “porteños” -as they like to call themselves- were all extremely helpful and friendly. So that was something to like already about this amazing city, and there is so much more to like!

If you are afraid two days might not be enough to appreciate the Argentinian capital, don’t let it stop you. Buenos Aires has a lot to offer and a weekend is short to explore all its wonders but good enough to get to see the main attractive spots and to charm you to come back.

Here are some of the things I did and places I explored:

Free walks Buenos Aires is a group of enthusiastic guides who offer two tours per day. The morning tour starts at 10.30 and will take you from the Teatro Colón to the famous Cementerio de la Recoleta. Hours will fly by while you are immersing yourself into a cultural and architectural journey through the city. From its parks to its palaces and ending up in the cemetery, you will end your tour in the afternoon spinning with information. And let’s be honest, who could take you through the city better than a porteño or porteña? This tour is a goldmine of anecdotes and history, and all of that for free! Don’t hesitate to tip to show your gratitude at the end and to write a review of your personal guide on Trip advisor. 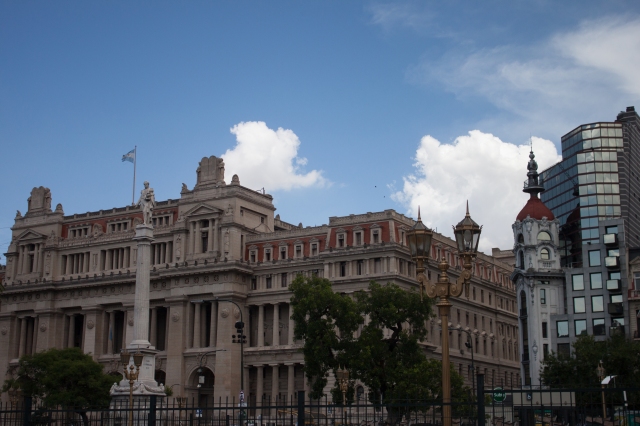 Another tour in the afternoon will take you through the city centre from the National congress to the Obelisk. I initially was very ambitious and wanted to do both tours on the same day. I realized after the first one that my legs needed a rest and that my stomach needed a lunch break. If you want to go for it, be ready and bring with you hat, sunglasses, sun cream, water and sandwiches.

Located in La Boca, Caminito is nothing less than a street museum! Emblematic of the Argentinian capital, it is also a very touristic place so be ready for the crowd. You will be welcomed by an alley of colourful tiny houses, tango dancers and painters. Nothing seems to be out of place in Caminito, from the pope greeting you from a window to knitted street signs, art is everywhere. 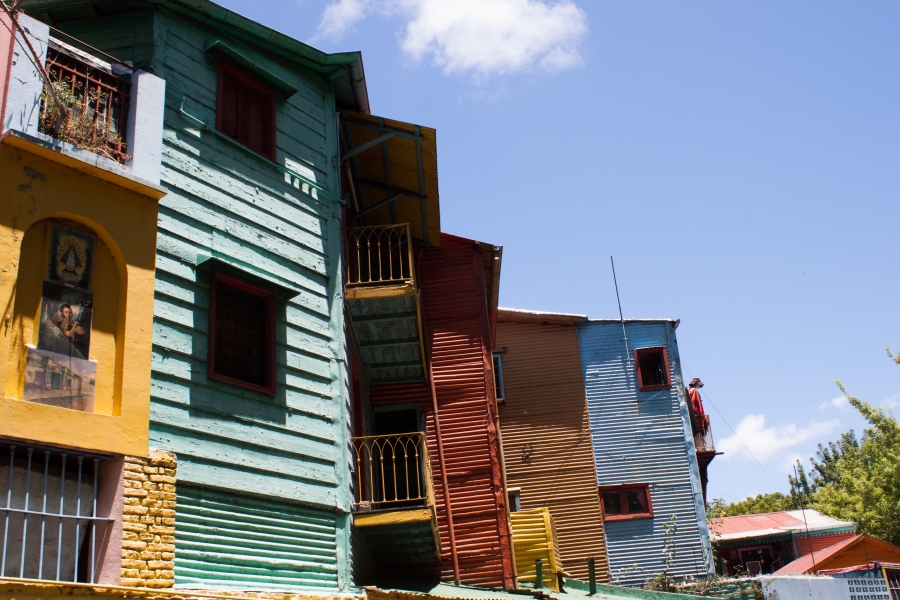 Caminito, or little street in English, came out of the mind of local artist Benito Quinquela Martin. He decided in 1960 to bring the abandoned street to the vibrant place it used to be in the early 1900s. At the time, the port and its surrounding were filled with Italian immigrants who brought a unique identity to La Boca.

Overall, Caminito is a vibrant and inspirational place if you like art (or colourful surroundings) and it doesn’t take long to explore. Just bear in mind that it is one of the main touristic spot in Buenos Aires and so it can be overwhelming. 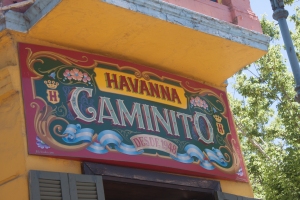 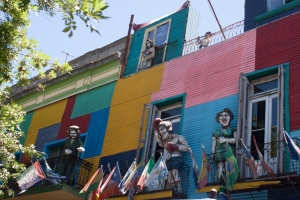 San Telmo is the oldest barrio of Buenos Aires and is also the location of one the most popular event in the capital: the Feria de San Telmo. This feria or market takes place every Sunday and the streets gets filled with artisans, paintings, and antics. The official spot for the feria is Plaza Dorrego but you will quickly see that it extends much beyond that. I was glad I had no money with me cause if I had i would have bought way too many things! 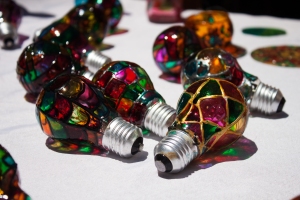 The place is buzzing with kiosks and everyone can find what they are looking for. Glasses, lamp bulbs, old phones, and artisanal instruments mixes with Mafalda’s items from socks to magnets.  If you have a passion for antics or just love shopping, this is the place to be. One tip though, don’t spend all your money in one place because you have hundreds to come with more marvellous objects and souvenirs! One last tip, don’t hesitate to negotiate the price, that’s what all the locals do.

If you don’t know it yet, Mafalda is a comic strip written and drawn by local cartoonist Joaquin Salvador Lavado, better known as Quino. Mafalda is a six-year-old girl concerned about humanity and world peace but with some serious attitude issues. The comic strip was published from 1964 to 1973 and gained popularity worldwide.

Buenos Aires is completely crazy over Mafalda and as I mentioned before you can find all type of merchandising associated with her character in the Feria de San Telmo. But the Mafalda-mania doesn’t stop there. You can actually go find Mafalda herself, sitting on a bench with her friends, at the corner of Chile and Defensa Street. Of course everyone wants to have a photo taken sitting next to her so you might have to queue for a while to get the so precious selfie with the six-year old statue. 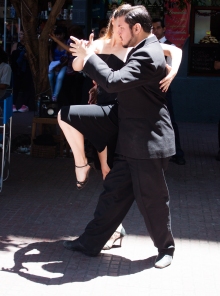 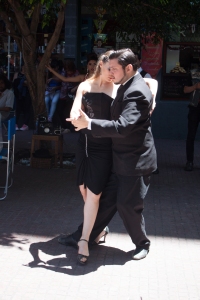 The city has plenty more to offer for sure but if you are around just for a weekend these spots will give you a good picture of the city. One place that I have some regrets about is a bakery called La Confitería Ideal. Locals highly recommended it as a great place to eat but also to watch and perform tango, so why not giving it a try to finish your weekend on a sweet note? 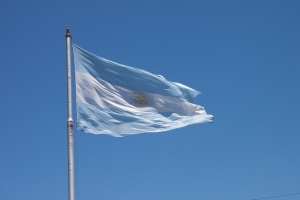